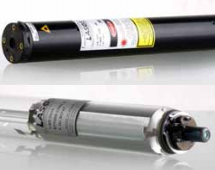 What is a He-Ne Laser:

A helium neon laser (i.e. HeNe laser, he-ne laser) is a type of continuously operating, or continuous-wave (CW) gas laser. A gas laser light source produces a laser beam by applying a high voltage electrical discharge through a gas (e.g., CO2, Helium-Neon, or Argon-Ion). The gas laser was the first continuous operation laser and the first laser to operate by converting electrical energy to a laser light output.

Our He Ne Laser Products:

LASOS brings many years of experience and expertise to the design and manufacturing of sophisticated laser systems, with company roots and in-house laser manufacturing dating back to 1966. LASOS’ industry proven HeNe laser sources cover a wide range of applications requiring 543nm, 594nm, and 638.2nm wavelengths. With the closed chain of development, design and manufacturing LASOS is able to adapt to customer’s requirements and deliver solutions that cater specifically to your application requirements.

There are many types of gas lasers. We currently offer a selection of Helium-Neon (HeNe / He-Ne) laser tubes and modules. These gas lasers feature a robust mechanical design, excellent beam quality, and a variety of configurations. Furthermore, HeNe laser wavelengths are available in the Green, Yellow, and Red spectral ranges, with output powers ranging from 2mW up to 20mW.

Standard and customized models are available with a host of options including single-mode or multimode, random or linear polarization, Brewster window tubes, fiber-coupling, and frequency stability.

We also offer HeNe laser power supplies. All models can be provided with either a laboratory HeNe power supply, or one of three OEM power supply versions.

Why is Polarization Switching Unsuitable for Interferometry?

A common problem for HeNe laser customers is the issue of polarization switching, which is the sudden change of the polarization of different modes, especially in shorter tubes, which can be particularly detrimental when operating frequency stabilized HeNe laser tubes. This phenomenon is sometimes referred to as ‘mode hopping.’ However, this is not accurate.

While somewhat similar to polarization switching, mode hopping involves (mostly in single-frequency lasers) the laser’s operation on a single resonator mode, which suddenly switches to another mode, causing the optical power to switch over to this new mode. Polarization switching shares this feature of erratic output power. However, with this phenomenon, the output power fluctuations are due to the swapping of the two perpendicularly polarized modes’ polarization states rather than the swapping from one particular mode to another.

He Ne Lasers vs Diode Lasers:

There have been many discussions around whether or not diodes will replace HeNe lasers. However, while this may be plausible for certain applications, the superior beam quality, long service lifetime, low noise, high stability, long coherence length and competitive helium neon laser cost ensures a solid foothold in applications where enhanced performance and excellent beam quality is critical.

High Coherence Length: This is very typical to most gas lasers. In case of HeNe, the coherence length varies from 20 cm (for multiple longitudinal modes) to more than 100 m. It all depends on cavity parameters and mirrors and etalons used in the design.

Stable Central Wavelength: The typical emission wavelength of HeNe lasers is about 632.816 nm in air. Very stable oscillation frequency of <1 MHz (<0.001 pm @633 nm) drift is characteristic just to the most sophisticated HeNe lasers, having extra stabilization measures. The central wavelength of non-stabilized lasers can drift in the range  of 1 pm, which is still fairly good, comparing to other laser types.

High Spectral Purity: HeNe lasing medium features several emission peaks, however it is relatively easy to force the laser to oscillate in just one of the emission bands. Once it is done, no spontaneous emission or emission from other bands is detectable.

Good Beam Quality and Alignment: The longer is the gas tube, the easier it is to get good Gaussian beam profile, good beam quality and very good angular and spatial alignment with respect to the laser housing.

Low-Cost: Deep traditions of HeNe laser manufacturing and its wide spread in such applications as first barcode scanners and CD players has been driving the cost down and now a laser of 2-3 mW output power costs typically less than 1000 EUR. This is cheap, considering nice and useful characteristics described above.

Short Life-Time: Helium atoms are very important for reducing the lasing threshold of the complete laser. But these atoms are small and tend to diffuse through the walls of the glass tube. Diffusion of He atoms is the main reason of short lifetime of HeNe lasers, which is often in the range of 1000 to 10000 hours, and that is less than 1 year of 24/7 operation. This is considered the main drawback of HeNe lasers in industrial applications.

Long Warm-Up Time: Manufacturers specify typical warm-up time of 10 minutes. This might not be a big issue in some applications requiring continuous operation, however in situations where the laser has to be frequently turned on and off, this is a big drawback, which typically means that one has to install mechanical shutters, which open up for laser exposure, i.e. the laser must run continuously, which further decreases life time.

Low Output Power: Most powerful HeNe lasers emit 35 to 50 mW of output power. This is low comparing with a 100 mW to 200 mW TEM00 output from some semiconductor lasers. Even frequency stabilized 633 nm lasers emit 70 mW to 100 mW of narrow-linewidth power.

Very Bulky: A 35 mW output power HeNe laser is about 1 meter long. It is not cost effective anymore to buy it, nor to store or transport it. Such big but not very powerful lasers are typically used in scientific labs or in some sophisticated holography applications.

High Voltage: HeNe lasers often use voltages above 1500 V. Such high voltages create certain risks for people and equipment around.

A Brief History of the HeNe Laser:

The first HeNe laser was developed in 1960 at Bell Labs by Ali Javan, in conjunction with William Bennet Jr. and Donald Herriott. Along the way, the team encountered many issues and setbacks, from melting a laser tube to destroying mirror coatings.

Late one snowy day in December, 1960, after many failed tests and disappointments, the team discussed their predicament. As the discussion progressed, Herriott continued tweaking the mirror alignment, when suddenly…. it happened! Javan looked over at the oscilloscope as Herriott was making his adjustments, and to his great delight, saw the signal displayed that they were waiting for. They had finally dialed in the tube alignment for a stable output, emitting in the infrared (IR) region at 1153nm. It was the first gas laser and the first laser with CW output.

However, a laser emitting IR radiation didn’t have much demand at the time, and the research continued, seeking a laser configuration emitting radiation in the visible spectrum. In early 1962, a mere eighteen months later, the tried-and-true 632.8nm HeNe laser was developed. Read the full article here.

RPMC Lasers is your HeNe Laser Supplier. We provide industry-leading HeNe Laser Tubes, HeNe Laser Modules, and HeNe Laser Power Supplies. The tried-and-true HeNe laser has been around forever as a staple in the laser lab with their excellent beam quality and long service life. These proven, reliable HeNe lasers are readily available with quick turnaround, perfect as a drop-in replacement!

With over 25 years experience matching the right laser source to your application, and our wide range of industry-leading HeNe Laser options, the team at RPMC is prepared and eager to help you find the right solution!

Alternatively, use the filters on this page to assist in narrowing down the selection of HeNe lasers for sale. Finally, head to our Knowledge Center with our Lasers 101 page and Blogs, Whitepapers, and FAQ pages for further, in-depth reading.

The LGK Series of HeNe Lasers feature a robust mechanical design, excellent beam quality, and a variety of configurations. These HeNe lasers are available in the Green, Yellow, and Red spectral ranges, and boast an excellent TEM00 beam, robust mechanical design, and a long service life of up to 30,000 hours. 543 nm, 594 nm, and 632.8 nm (633 nm) wavelengths are available, with output power levels from 0.5 mW to 20 mW. 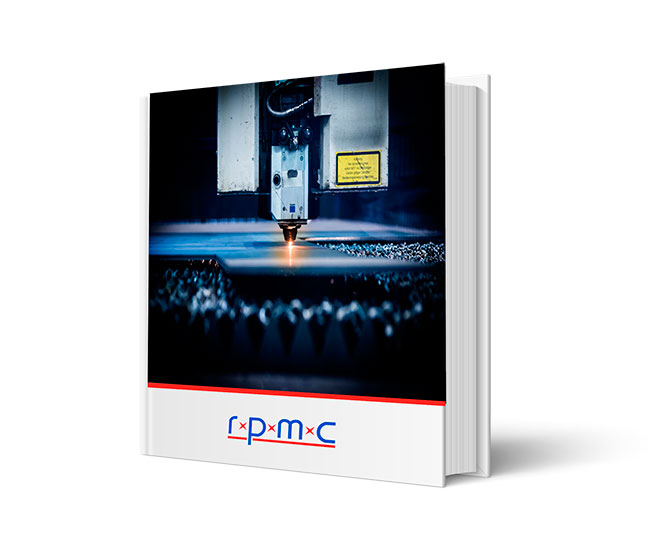