Modern lasers come in a seemingly endless variety ranging from diode lasers as small as a grain of rice to CO2 lasers the size of a refrigerator. The one thing that all of these lasers have in common is that they contain the three basic components of a laser: gain medium, resonator, and excitation source. If any of these three components are missing, achieving threshold and starting the lasing process would be impossible. In this blog post, we will examine what happens when the resonator is removed from this equation, resulting in an optical amplifier device.

In both a laser and an optical amplifier, energy (the excitation source) is pumped into a gain material until more molecules or atoms are in an excited energy state than the ground state, as shown in the figure below. Once this condition, population inversion, is satisfied, the gain medium is now cable of supporting stimulated emission, which allows photons with energy equal to the energy level gap to be amplified. While a detailed analysis of how stimulated emission works, is beyond the scope of this blog post, a simplified explanation is that the incident photon “knocks” the atom or molecule down to a lower level causing an identical photon to be emitted by the medium following the laws of conservation of energy and momentum.

The difference between lasers and amplifiers comes in when we look at the origin of the incident photon. In a laser, the resonator “catches” a spontaneously emitted photon. It then redirects it back into the gain medium repeatedly until the laser gain threshold is reached, initiating the lasing process. In an optical amplifier, though, there is no resonator. Instead, the photons come from an outside source known as a seed laser, which is then amplified via stimulated emission as it passes through the length of the amplifier. As a result, you can now take a lower power laser with your desired properties (linewidth, pulse width, beam profile, etc.) and increase its power without affecting its overall performance.

There are a wide variety of optical amplifiers available on the market, including semiconductor tapered amplifiers, erbium-doped fiber amplifiers, and diode-pumped solid-state (DPSS) amplifiers, just to name a few. While each has its advantages and disadvantages, DPSS amplifiers are typically viewed as the most versatile because they can be used with an extensive range of seed lasers, ranging from high peak power q-switched lasers to single-frequency continuous-wave lasers sources.

Here at RPMC Lasers, we offer the neoVAN family of optical amplifier from neoLASE, in Germany, capable of producing up to 100 W of output power at 1064 nm or 1030 nm. The neoVAN is available with up to 4 amplification stages, allowing you to produce up to 5x amplification while still maintaining a TEM00 beam profile. The neoVAN series is an OEM type DPSS optical amplifier system to boost the pulse energy or average output power for various applications, ranging from high peak power, short pulse picosecond lasers or femtosecond lasers for micromachining applications, to single-frequency lasers for gravitational wave detection. 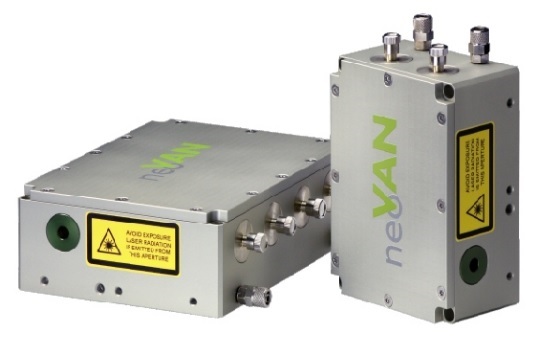 For detailed technical specifications on our neoVAN series of optical amplifiers from neoLASE click here or talk to one of our laser experts today by calling 1-636-272-7227 or by contacting us Here.